“The charm of fishing is that it is the pursuit of what is elusive but attainable, a perpetual series of occasions of hope.”    John Buchan

“The Last Fishing Trip” and “Fishing With My Brothers” are Excerpts from “Hook It & Cook It: Fishing, Dishing and Reminiscing with an Urban Angler” by James K. Shaffer

“Fishing is an imperfect art form. Tides can be predicted years in advance, but they are not perfect.  Just as often, the weather is imperfect at sea and you learn to pray a little harder than you are used to. Sometime while on the water, all of Mother Nature’s elements conspire and we are a private audience to something approaching perfection. 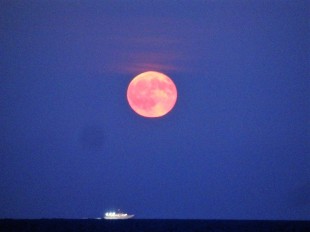 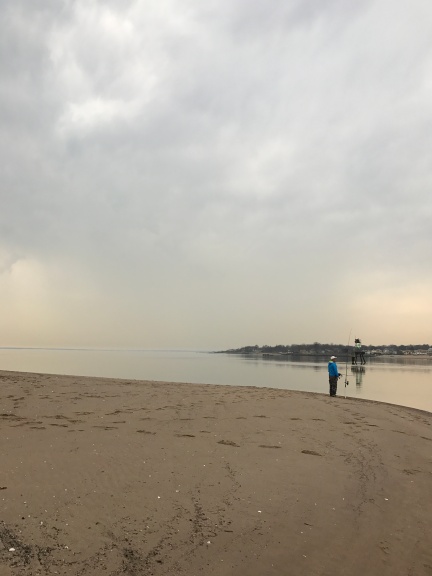 For forty plus years my brother Colin and I fished together on party boats out of Sheepshead Bay, on the docks of Great Kills on Staten Island and the white sandy beaches of Long Island. We have seen high tides, low tides and every variation of sunlight and moonshine. Rising before the sun for most trips, we started our days in hope and anticipation.

We’ve chased stripers from Coney Island to Montauk and Point Pleasant to Mystic Islands, caught hundreds of fat blue claw crabs in a cove near Fair harbor on Fire Island and down at Little Egg Harbor on the Jersey Shore and have been out on long trips out to the Hudson Canyon when the ocean was as flat as glass and the mahi-mahi showed up.

We’ve spent countless hours catching early season winter flounder and summer fluking on Jamaica Bay and catching keeper blackfish under the bridges into brisk November. Often times those trips would end with a seafood feast at Randazzo’s where Colin knew everyone and they shouted hellos to him. Paulie or Emilio always came over to bust chops and catch up.

The world spins in a way that we never know when the last trip will come. There will be that one day out on the water after which there would be no more. No more perfect moments under the sun out on the wild blue ocean. I wish there was one more day, one more trip, one more cast.

As the weather begins to turn and fishing season approaches, I wish we had one more trip to plan. One more. 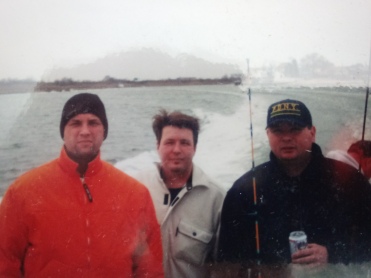 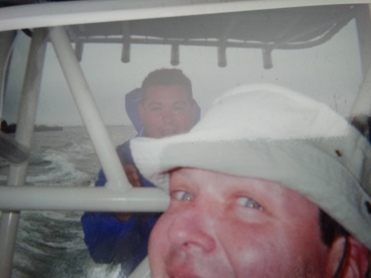 Today I am less sad than I have been and I look forward to sunny days to come. I am sure we will catch his spirit at some moment this year on the water. See ya’ on the water.”

A few Videos and Pics from The Trip for Colin last September aboard The Capitol Princess. 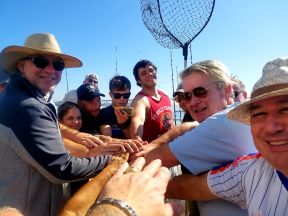 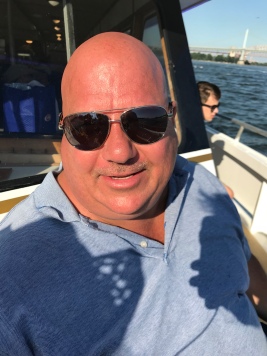 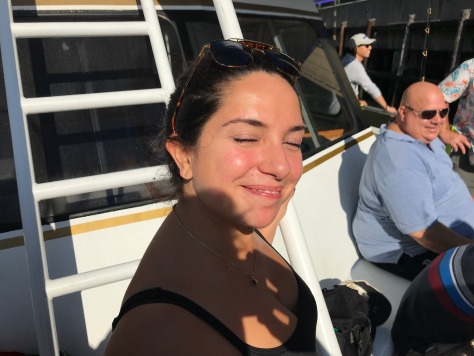 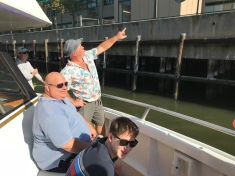 In memory of my little brother Colin who got lost in life’s rough seas and left us February 15th 2017.

Fishing With My Brothers

“Angling is somewhat like poetry, men are to be born so…”
Izaak Walton, The Compleat Angler (1653)

The fickle nature of the the sea has brought surprising joy and tangible fear into my life down through my fishing years. Like any good relationship, you must treat your partner with respect.

I’ve lived near the waterways in three of NYC five boroughs and I’ve learned to read the currents that run near the jetties off Breezy Point to the Narrows under the bridge in Bay Ridge, Brooklyn and where the drop-off is at Crooke’s Point on Staten Island. The sea teaches you if you listen. And then without any warning, it can all change right before you. As dangerous as she is beautiful and for all I know, I know nothing.

My mom & dad split and we moved back to NY in 1975. We left L.A. in a hurry one fine California Saturday afternoon, down the back hill to a waiting green van on the next block over. One of the last things I grabbed; two paperbacks- Moby Dick and Jaws. Then we went to the airport and back to Brooklyn.

In my early years I would pour over the newspapers looking for news about local saltwater fishing. Sometimes finding fish was easier than finding information.

I was curious to know more about the fish I could catch in the nearby ocean on the trusty Garcia light-spinning outfit my Grandfather Willie Duffy, had given me one Christmas in 1975.

Then the JAWS phenomenon caused everyone to take a second look at the water.

I saw the movie Jaws for the first time just before we left L.A. Wow. That changed everything. The ocean that I wanted to know so much about swam into the theaters and into the psyche of nearly every person who has since swam in the ocean.

The book and the movie fueled my imagination. I became fascinated with the endless possibilities of the ocean. So much beauty, so much brutality, it was a world within our own, yet wholly separate. It did not look like anything like that could live in the gray ocean we saw from the airplane as we flew back into New York City.

I’ve now seen that movie more than 60 times. I can recite the dialogue from nearly every scene. I still remember the first time I stepped back in the ocean knowing that I shared it with things much bigger. If something like that could be in the water, where did the possibilities end?

I began to understand the infinity of the ocean .

This blew my mind. It was hard to digest that these waters were so close to me. I began to study the maps and read books about the area.

My brothers and I really learned to fish on gritty New York City waterfront of the 1970’s. Before we were to see her wonders, we saw the local sea at a low point that bicentennial summer. I’d just turned twelve.

We rented a four bedroom apartment in a big wobbly house in Rosebank, one block from Penny Beach on Staten Island’ s North Shore. The house sat across from a church and a vacant lot with a laneway that led up to the cliff overlooking the small beach. There was a Coast Guard facility with a pier to the right.

The rocky, gravelly, dirty beach had great views of the sparkling lights of Manhattan in the distance. On the other side was mother Brooklyn on the receiving end of a glittering string of pearls known as the Verrazano Narrows Bridge. Under her the big ships came and went, lit like holidays.

On endless summer days, my brother Kevin and I would sneak beneath the Coast Guard pier in Rosebank at low tide. Colin was too small to come out on the pier, but he would tag along and ask a million questions from the shore.

Colin was only five, but he loved coming to the beach. Even if it was cold out he always wanted to come. We looked for shark teeth that we never found, but did get some gorgeous green volcanic glass. We would pass the time reading the names on the ships, noting the ones we had seen before.

Kevin and I would catch small spearing on tiny hooks in the shallows. When we caught a good few of them we would shimmy out on the lower part of the structure. We put the baitfish on the hook and watch the bloody frenzy develop in the water below.

Snapper  bluefish, only 6-7 inches long, would swarm the bait like small sharks and tear at the bait. Their razor sharp teeth, even at that size, put more than a few scars on my fingers down through the years. We’d catch a dozen and my mom would fry them up for us with a little flour and butter. Fresh fish on a summer day like a country boy, over here!

Access to the water, two blocks from our house, was so much fun. My mind was blown when I saw how close to the harbor we actually were.

Operation Sail kicked off an amazing summer and I loved every minute off it. For that entire weekend, ships and boats of every shape and size jammed into New York Harbor to celebrate the Bicentennial 4th of July. Sailors from the navy ships docked on Staten Island looked dashing in their whites as they happily moved between Rosebank bars.

99X was the big FM station for pop music and I remember the songs of that summer- “Silly Love Songs” by Paul McCartney and Wings, “Afternoon Delight” by Starland Vocal Band, “Sweet Thing” by Rufus and “Play That Funky Music White Boy” by Wild Cherry. Those songs were the soundtrack to our adventures.

During those long summer days, a few fluke and schoolie striped bass were also caught. We fished that beach all summer. I had a beach, in New York City. Go figure.

The water was filthy, though. Big gobs of oil washed up on the rocky beach in balls. That gooey black tar ruined a lot of sneakers and jeans. One day a group of us walked east on the beach saw a whole dead horse washed up near Ft. Wadsworth. It stunk like I had never smelt before. Garbage was dumped everywhere. The rats loved it. It was a sorry state of affairs.

Something had to change. Slowly, but surely, it did, right before our eyes.

The Clean Water Act of 1972 was being enforced and little by little the water started to get cleaner.  More on this later.

In the summer of 1977, my family moved to Castleton Corners in the middle of the island, away from the ocean and I was a little sad. I thought my fishing days might be done. We had bought a two family house with my aunt, grandmother and grandfather living upstairs. The three boys got the basement which was fine. It was also looking like a great neighborhood to be a kid.

The neighborhood had tons of kids and it didn’t take long to make friends. We bonded over sports- stick ball, baseball, wiffle ball, basketball, football, hockey, paddle ball, tether ball and frisbee. We played something almost every day the weather permitted.

I asked some of the guys about fishing. I learned that there is a great big lake on top of Todt Hill that almost no one ever fished. It was a Boy Scout camp. Hmmmmmm… 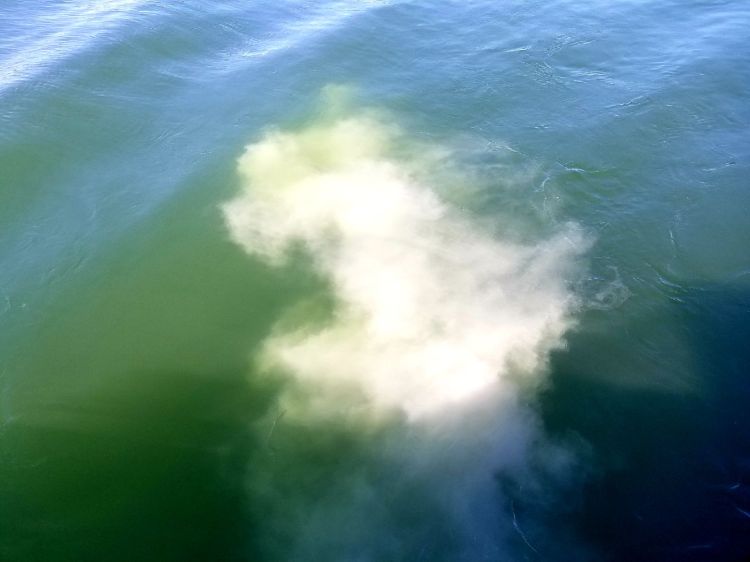 2 thoughts on “The Last Fishing Trip”